We caught up with some former students to find out about the different directions their careers have taken them since graduating from RWCMD. 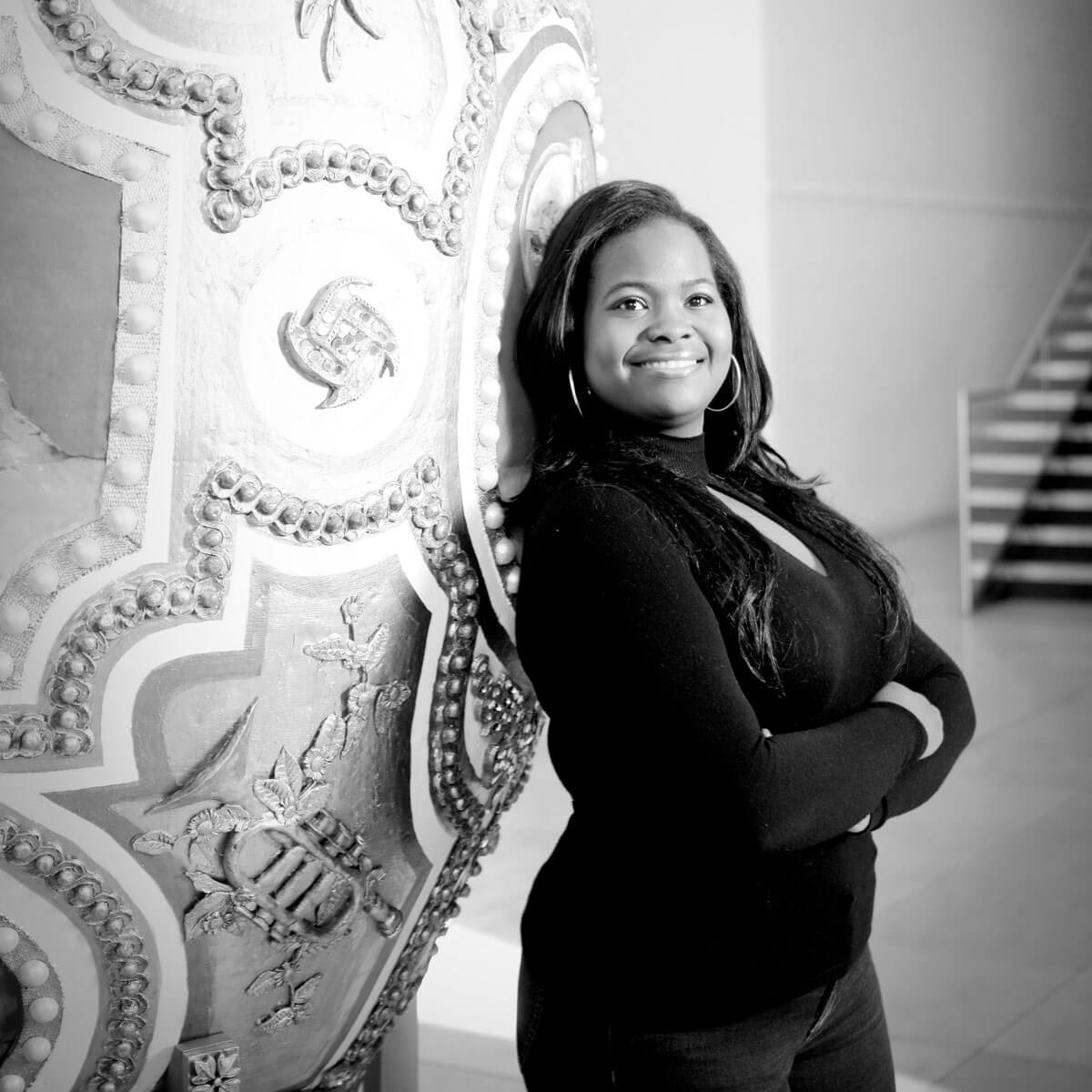 American soprano Chanáe Curtis studied at the Manhattan School of Music before graduating from the MA Advanced Opera Performance programme at RWCMD. Highlights include performing for HRH The Prince of Wales at Buckingham Palace; with the Hallé Orchestra; and the role of Anna Gomez in The Consul at Welsh National Opera. In 2019, Chanáe made her debut at the Metropolitan Opera New York performing the role of Annie in Porgy & Bess. 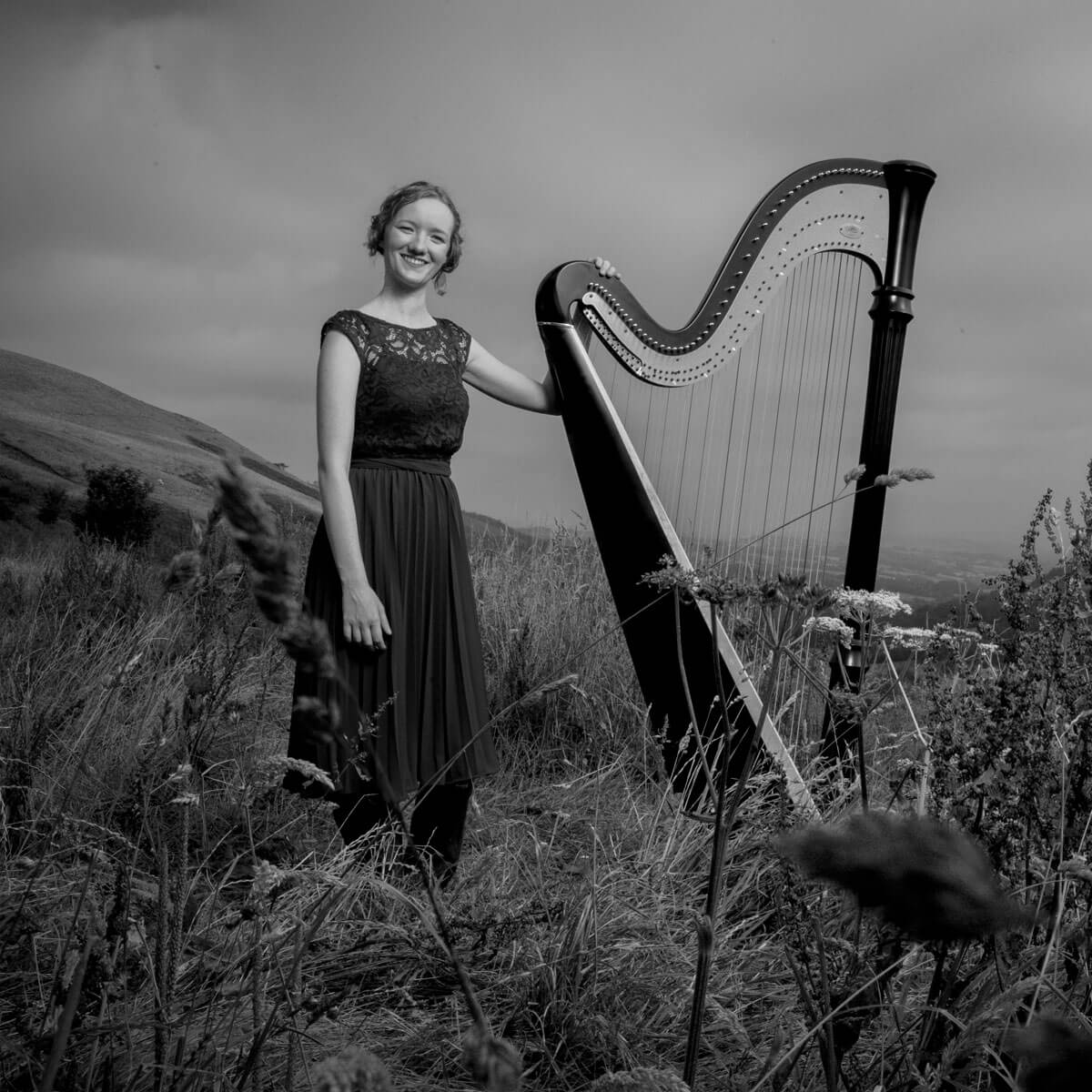 Alis Huws became the new Official Harpist to HRH The Prince of Wales before graduating from her course at RWCMD. Alis has also represented the Welsh Government in Japan and across Europe and is the Youth Coordinator for the World Harp Congress 2022, which will be held in Cardiff. 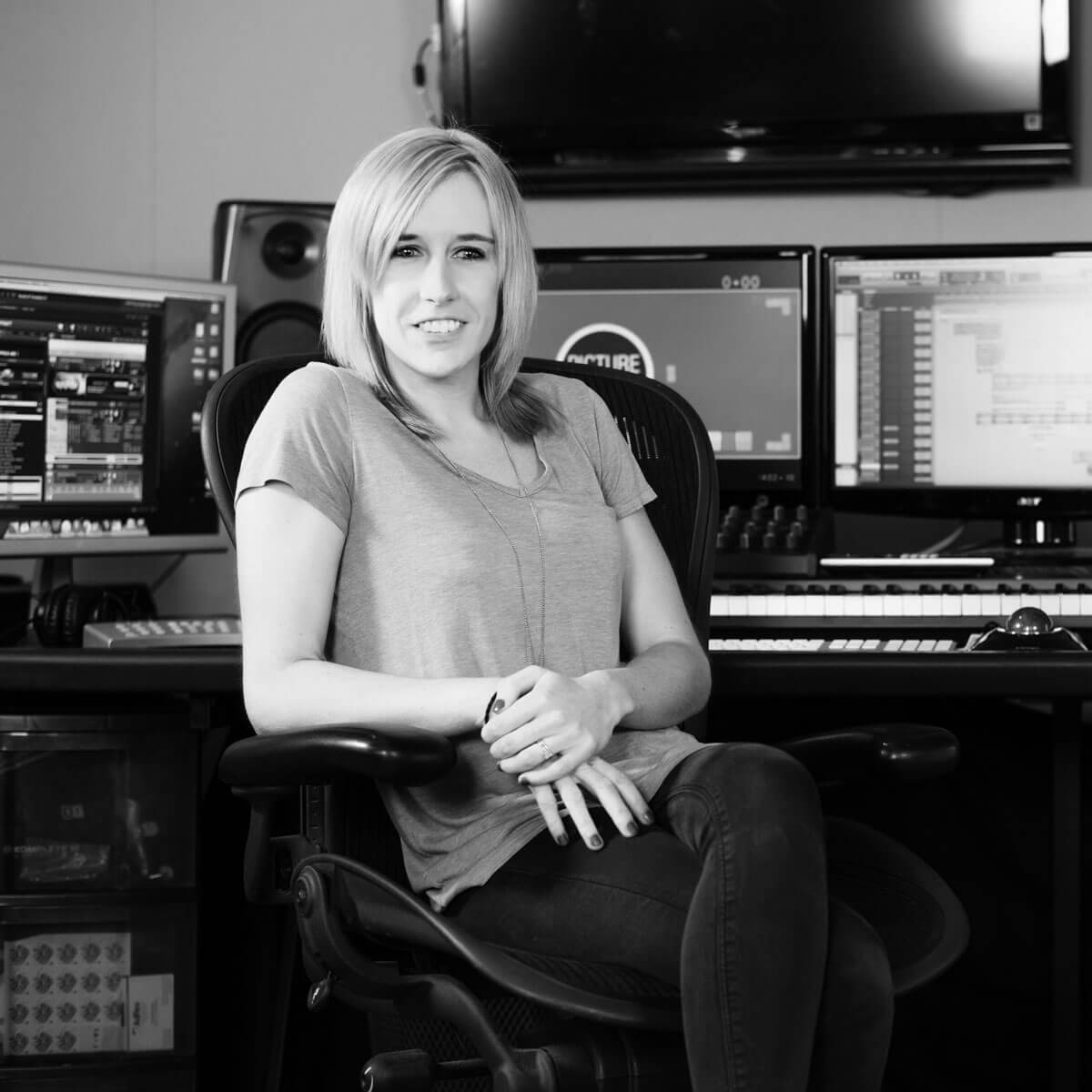 Joanne Higginbottom completed an internship with Tyler Bates in Los Angeles whilst in her final year of study. After graduating, Joanne went to work for Tyler and has since co-composed for The Public (Emilio Estevez); score co-produced for The Spy Who Dumped Me; and provided additional music for Fast & Furious Presents: Hobbs & Shaw, Guardians of the Galaxy 1 & 2 and Deadpool 2. 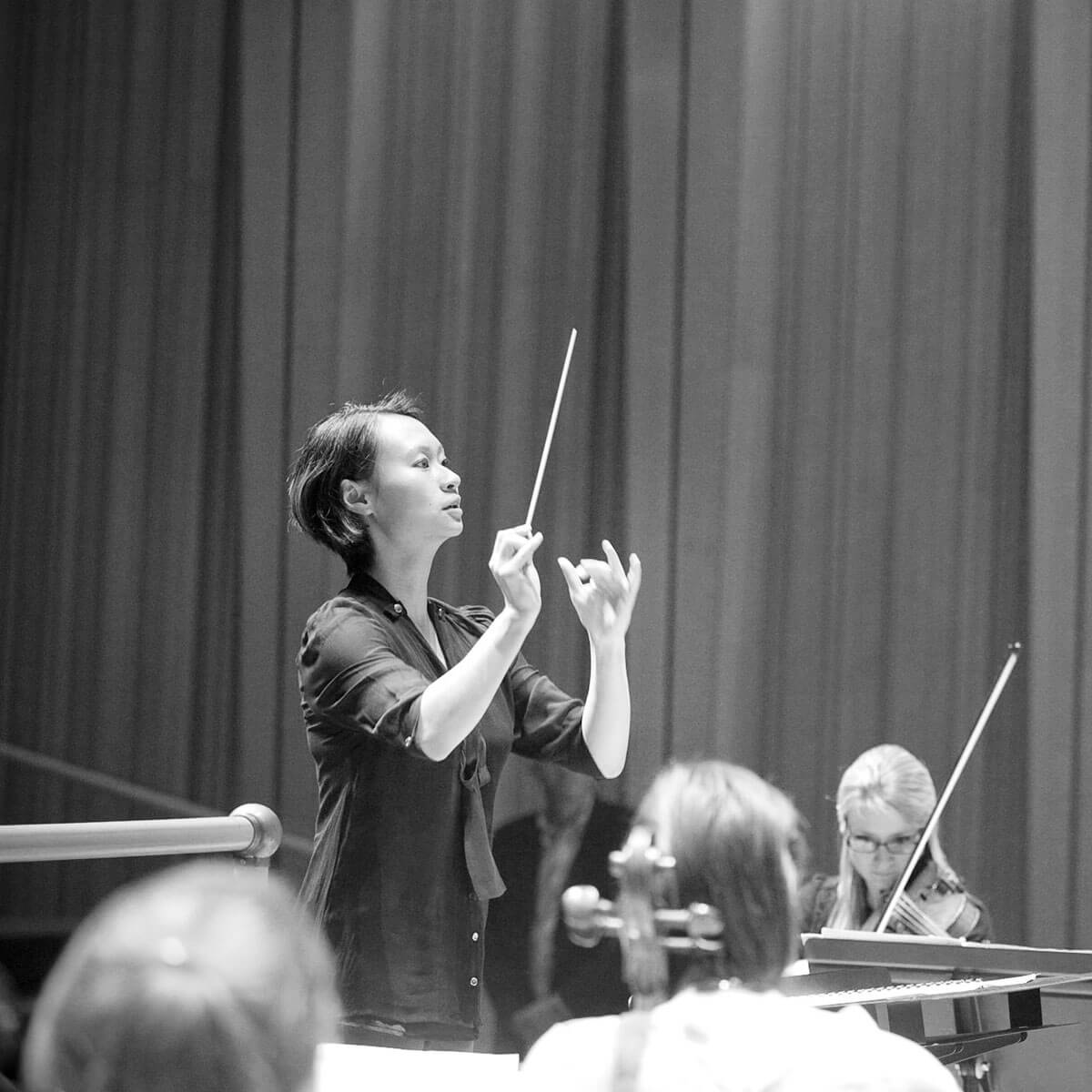 Tianyi Lu is making a name for herself across the continents as Assistant Conductor of the Melbourne Symphony Orchestra, a Dudamel Fellow with the Los Angeles Philharmonic Orchestra and Associate Female Conductor-in-Residence with Welsh National Opera. 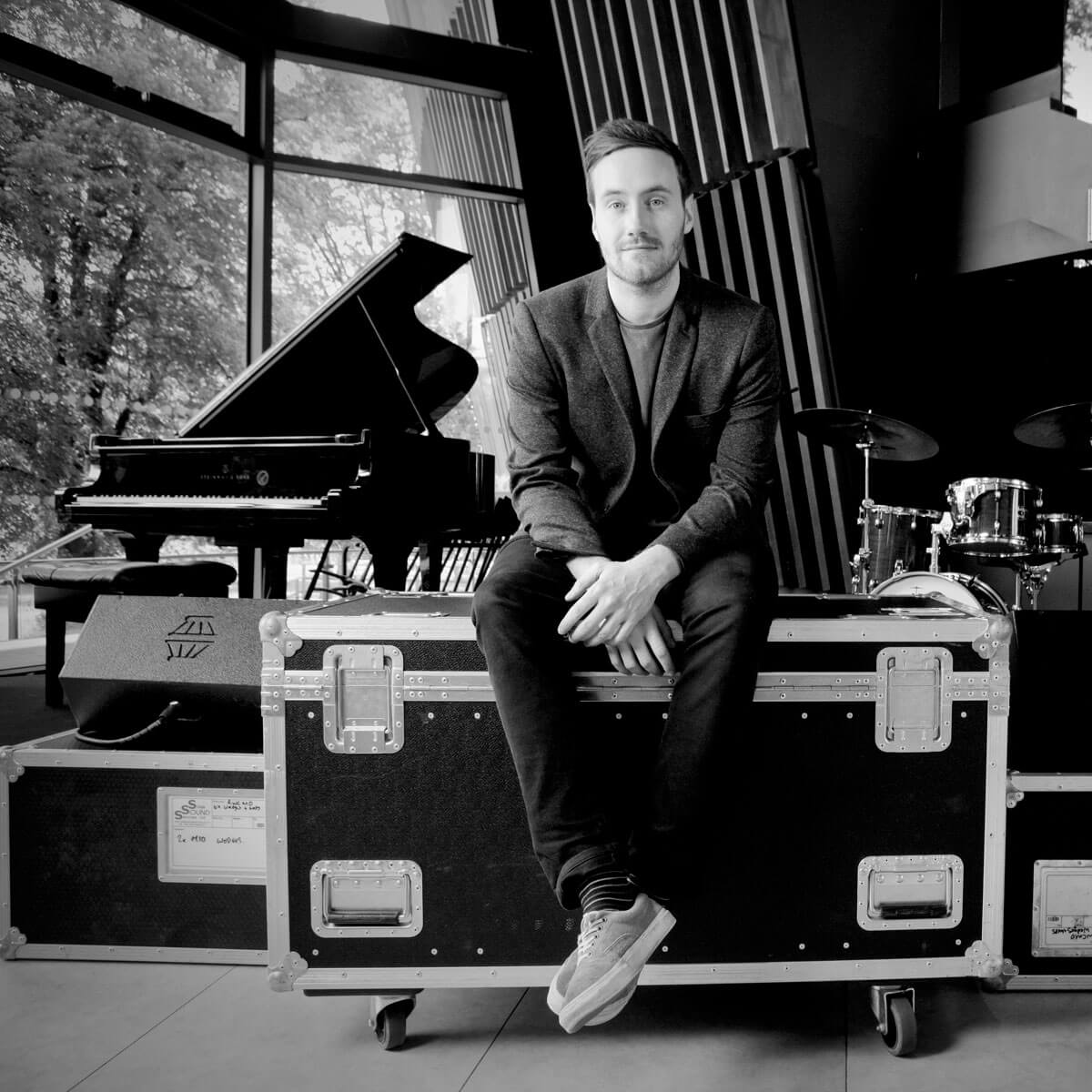 Since completing his BMus at RWCMD, drummer Ollie Howell has established himself as a film & TV composer, multi-instrumentalist and producer. Ollie has written music for multi-award winning films and international TV series and his work has been screened at film festivals around the world. Ollie has also released two jazz albums and toured the world, receiving critical acclaim. A protégé of Quincy jones, whom he first performed for at RWCMD, Ollie is also an Ambassador for the Youth Music charity. 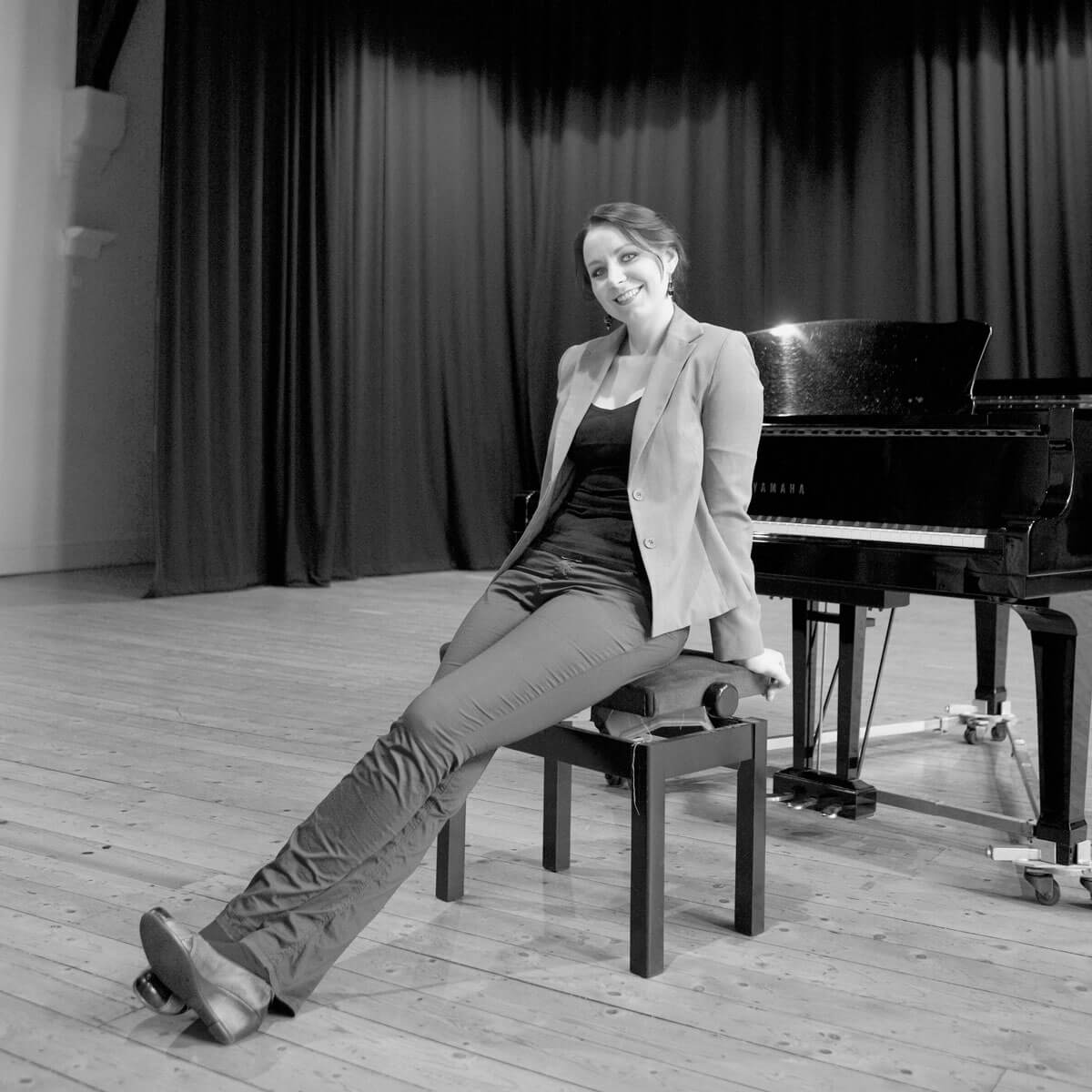 Justina completed her MMus studies at RWCMD, before going on to study at the National Opera Studio. She has performed in opera houses across the world, reprising the role of Carmen to critical acclaim. Justina also performs regularly with the Bolshoi Theatre in Moscow where her performances include Maddalena in Rigoletto and Marguerite in La damnation de Faust. Recent highlights include roles with Korean National Opera, Scottish Opera and Welsh National Opera as well as concert performances at Wigmore Hall and with CBSO at the BBC Proms. 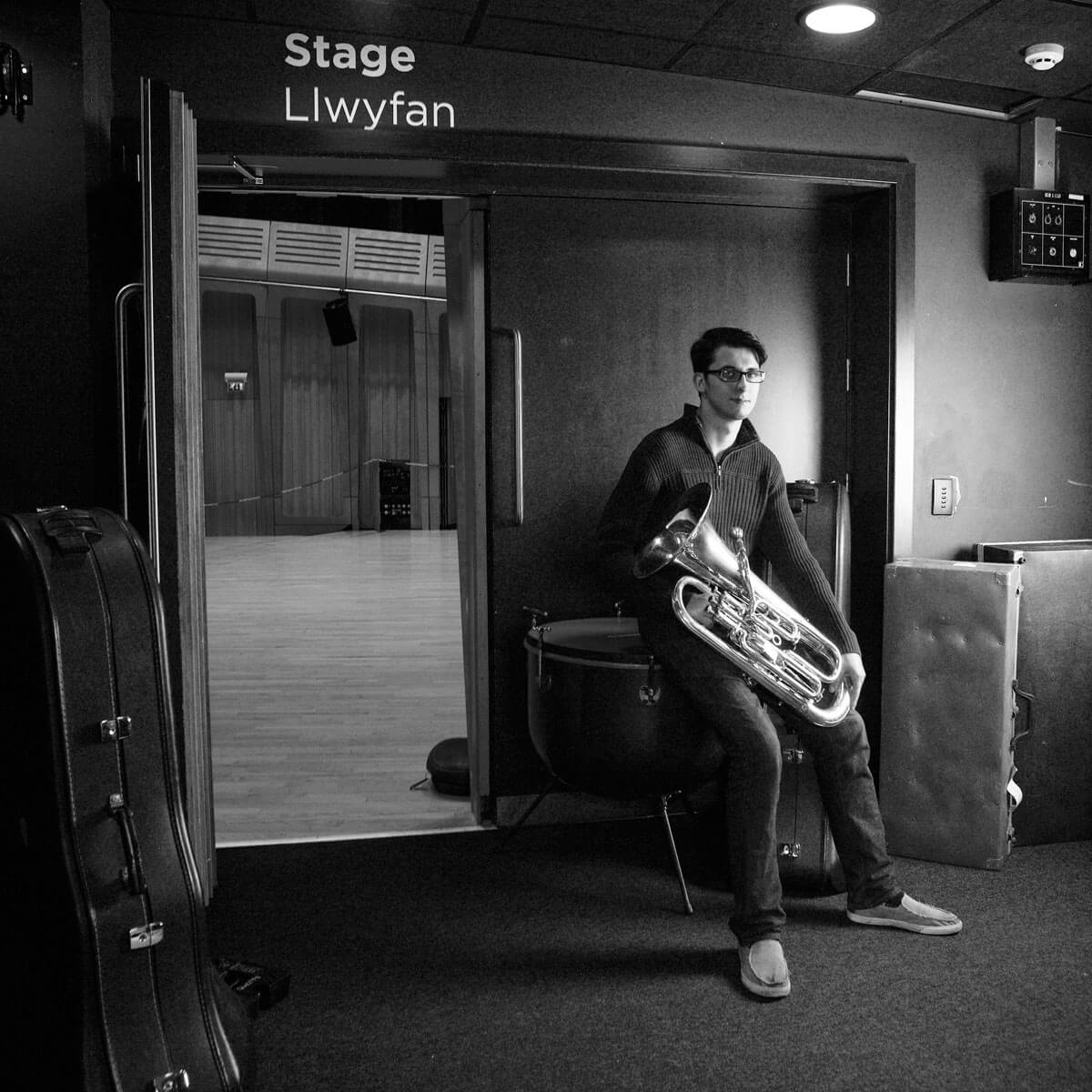 US-born euphonium player Grant Jameson is a member of several brass bands including Tredegar and Flowers as well as appearing as a soloist with Cory, Fodens and Grimethorpe bands. Grant is a Besson Performing Artist and is also the Musical Director of the Severn Tunnel Band. He performs with his euphonium quartet, Eu4ia, arranges new works for euphonium, and does educational outreach work as a Yeoman of The Musicians’ Company. 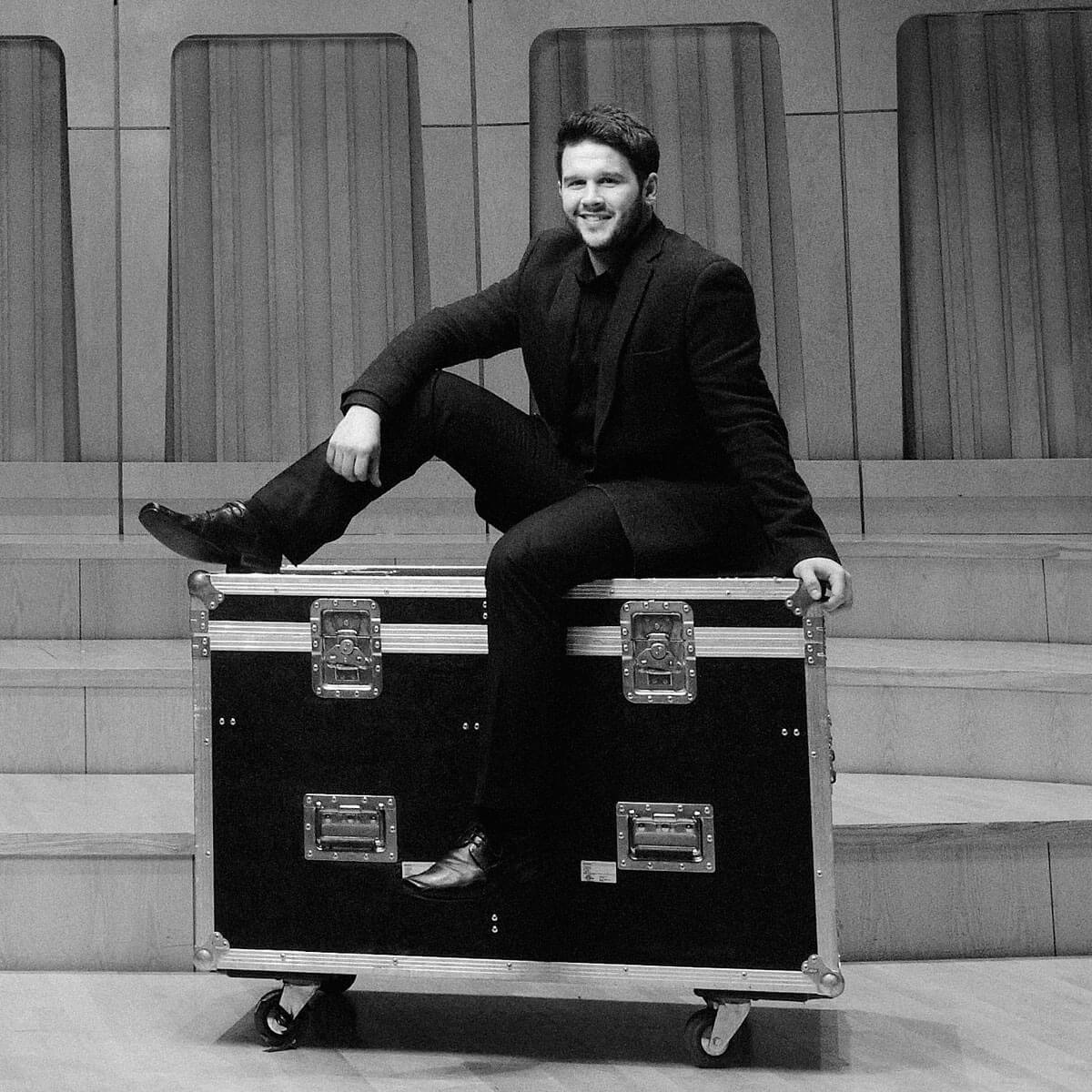 Welsh tenor Trystan Griffiths studied for the MA Advanced Opera Performance at RWCMD, before completing his training at the National Opera Studio. He made his professional operatic début in 2015 performing the role of Ferrando in Scottish Opera’s touring production of Cosi fan tutte and has since performed in productions with Welsh National Opera, Opera North, Opéra National de Lorraine and Zürich Opera. He has performed with artists including Katherine Jenkins and Sir Bryn Terfel and with the Royal Liverpool Philharmonic Orchestra and Royal Philharmonic Orchestra. 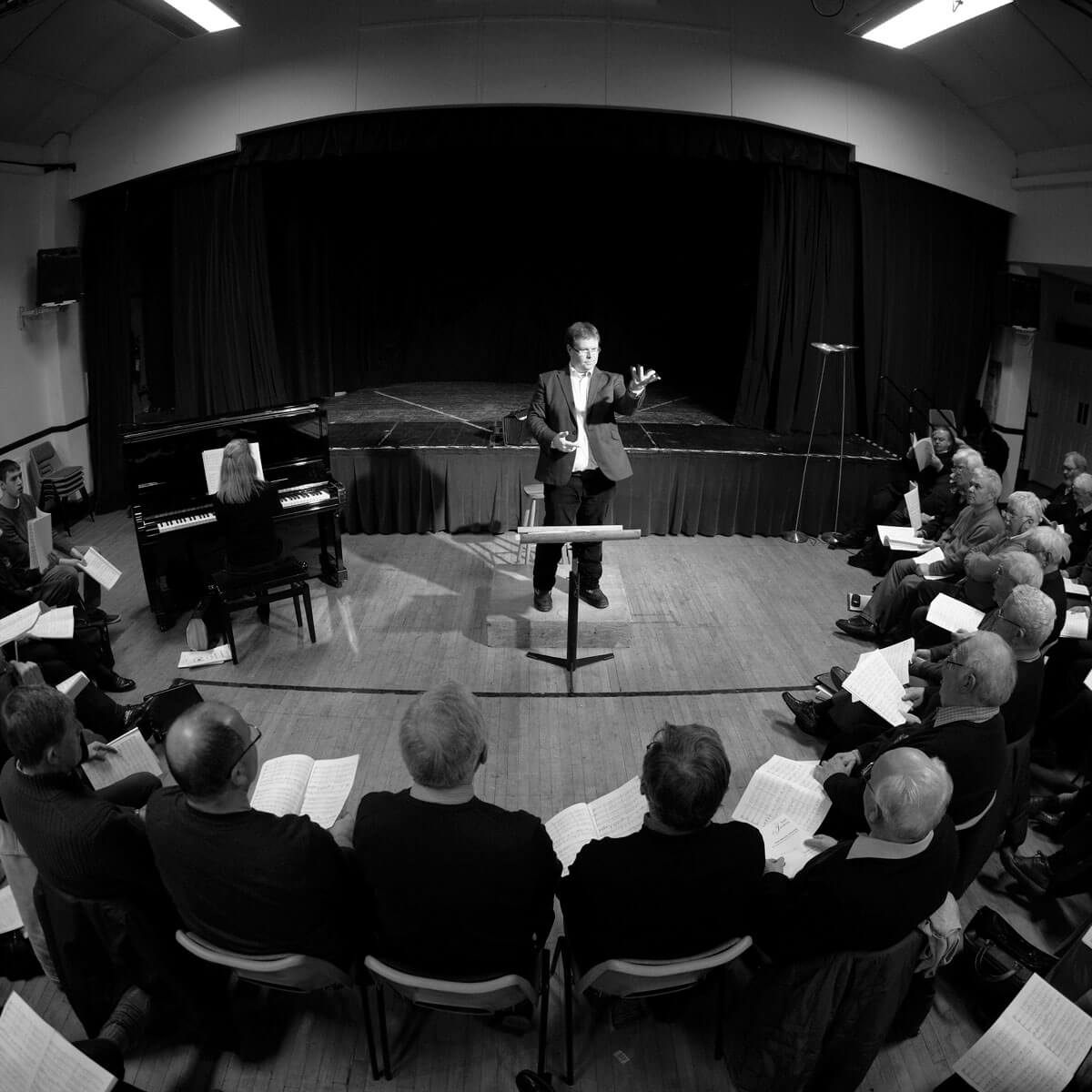 Since graduation Edward-Rhys Harry has gone on to conduct and compose for choirs and instrumentalists all over the world. He is currently the Conductor-in-Residence of the British Sinfonietta Orchestra, has worked with the chorus of Welsh National Opera through their community and outreach programme and he also directs ‘The Harry Ensemble’, a choir dedicated to the performance and promotion of British choral music abroad. In 2019, he was appointed Musical Director for the Llangollen International Musical Eisteddfod. 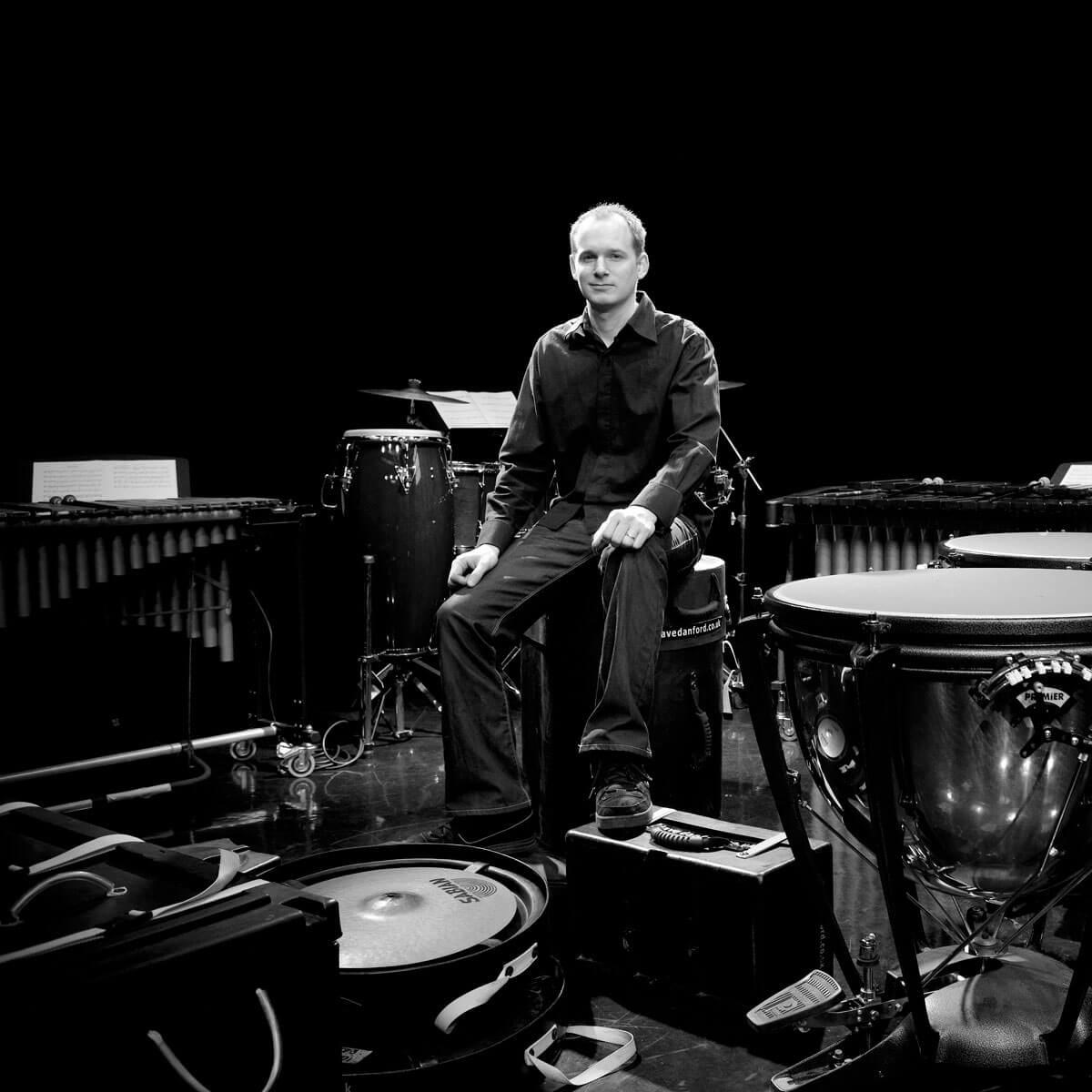 Dave Danford works throughout the UK and abroad, playing percussion in concerts for Alfie Boe, Evelyn Glennie, Karl Jenkins, Bryn Terfel and Russell Watson among others. He has performed with professional orchestras, for West End theatre productions as a soloist and in a variety of session recordings. His work also includes composition, arrangement and musical production and as an established orchestral contractor. He is responsible for managing the British Sinfonietta, the Cinematic Sinfonia and the Welsh Session Orchestra. 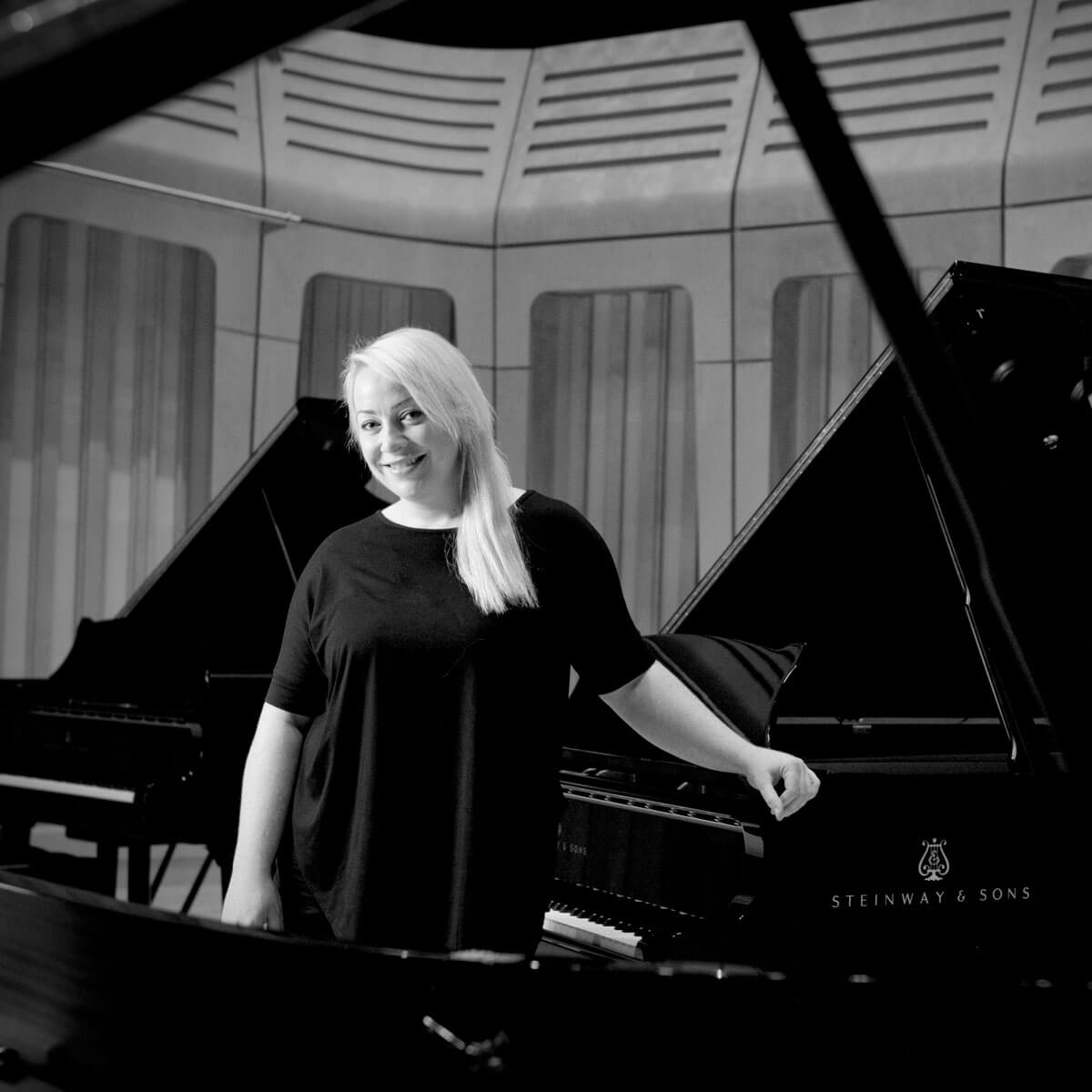 London-based soloist, chamber, orchestral and contemporary pianist Dawn Hardwick, completed her BMus studies at RWCMD. She is now the member-director of the original six-piano ensemble, Piano Circus, who are at the forefront of commissioning and performing new works for multiple pianos. Dawn has worked with orchestras including City of Birmingham Symphony Orchetsra, London Philharmonic Orchestra and the Royal Philharmonic Orchestra. Dawn has wide experience as a soloist, most recently performing John Psathas’ double concerto View From Olympus for amplified piano and percussion with Dame Evelyn Glennie. 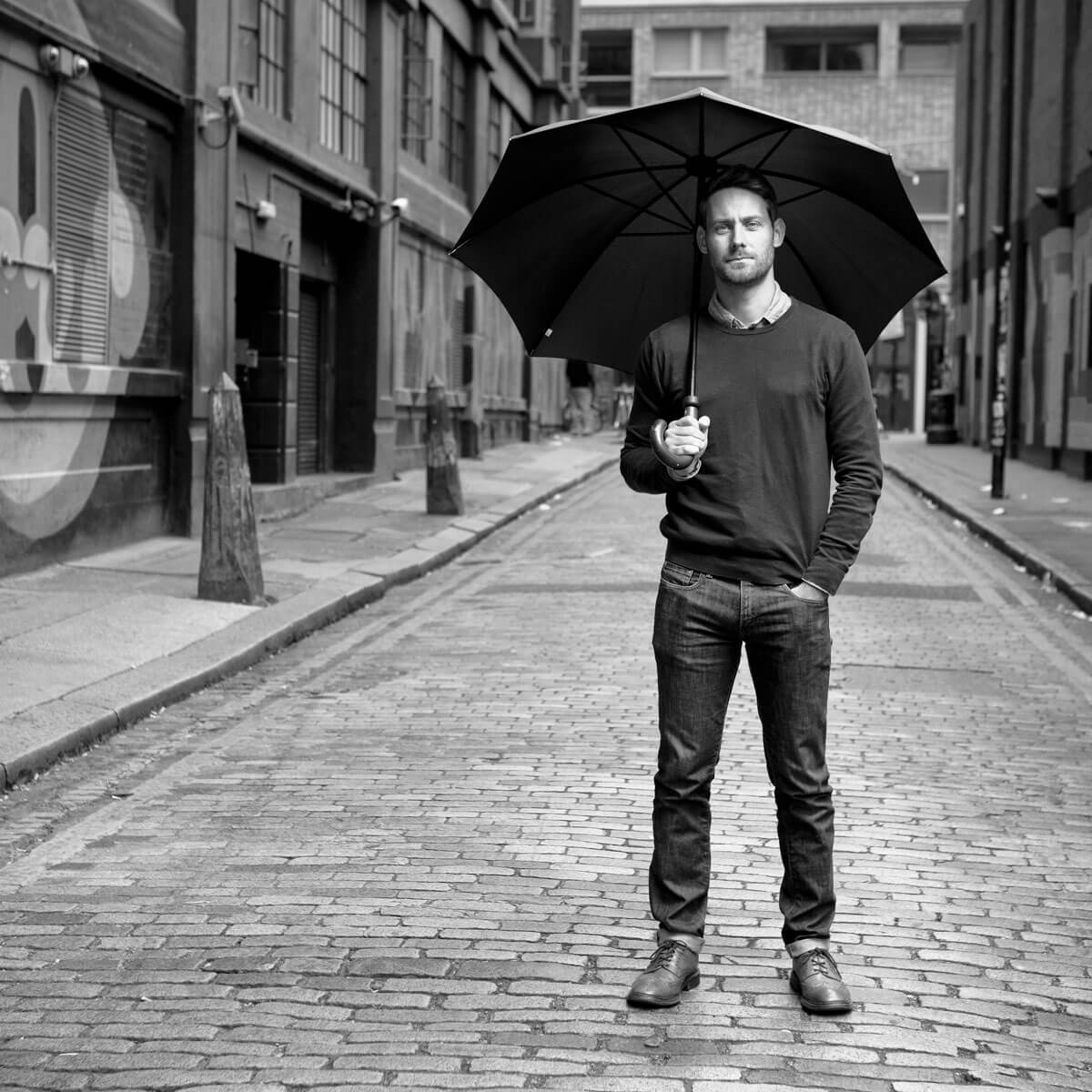 After completing his BMus at RWCMD, saxophonist Joel Garthwaite went on to postgraduate study at the Guildhall School of Music and Drama. His performance work has centred on the Lunar Saxophone Quartet, which formed at RWCMD. His career also includes delivering seminars and event management. He is a Professional Development Consultant for the Incorporated Society of Musicians (ISM), and the Founder and Co-Director of Bright Ivy Artist Management. He is currently the Head of Marketing and New Business at Invicomm. 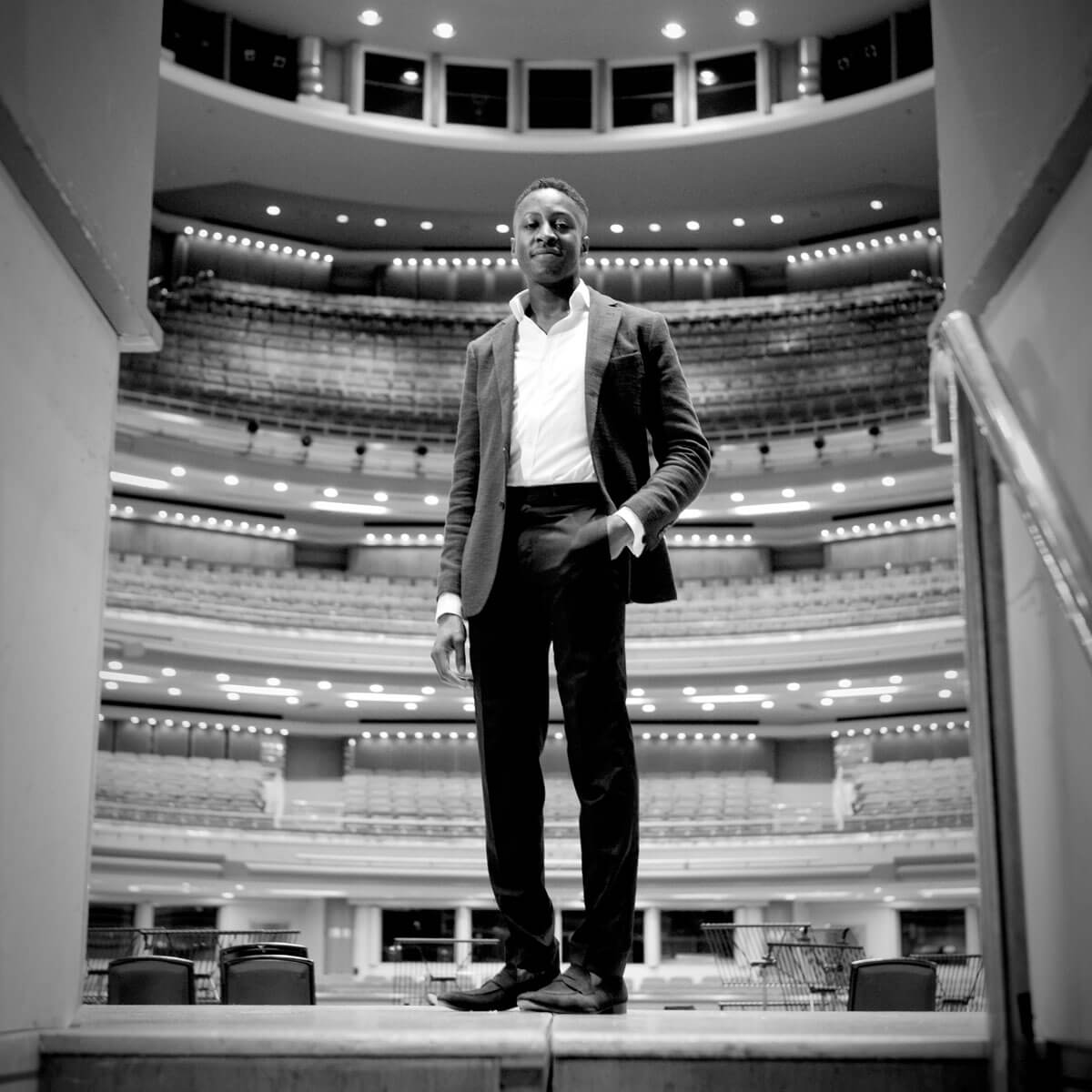 While studying viola as an undergraduate at RWCMD, Toks Dada developed an interest in arts management and established the successful contemporary music ensemble, Sinfonia Newydd. He went on to complete an MA in Arts Management at RWCMD and is now Classical Programme Manager at Town Hall and Symphony Hall, Birmingham. Toks is also a spokesperson for diversity and inclusion within the music profession and is a Board Director at Welsh National Opera, at Anthem (a music fund supporting young people in Wales), an Advisor at PRS for Music Foundation and a 2020 Fellow of the International Society of Performing Arts. 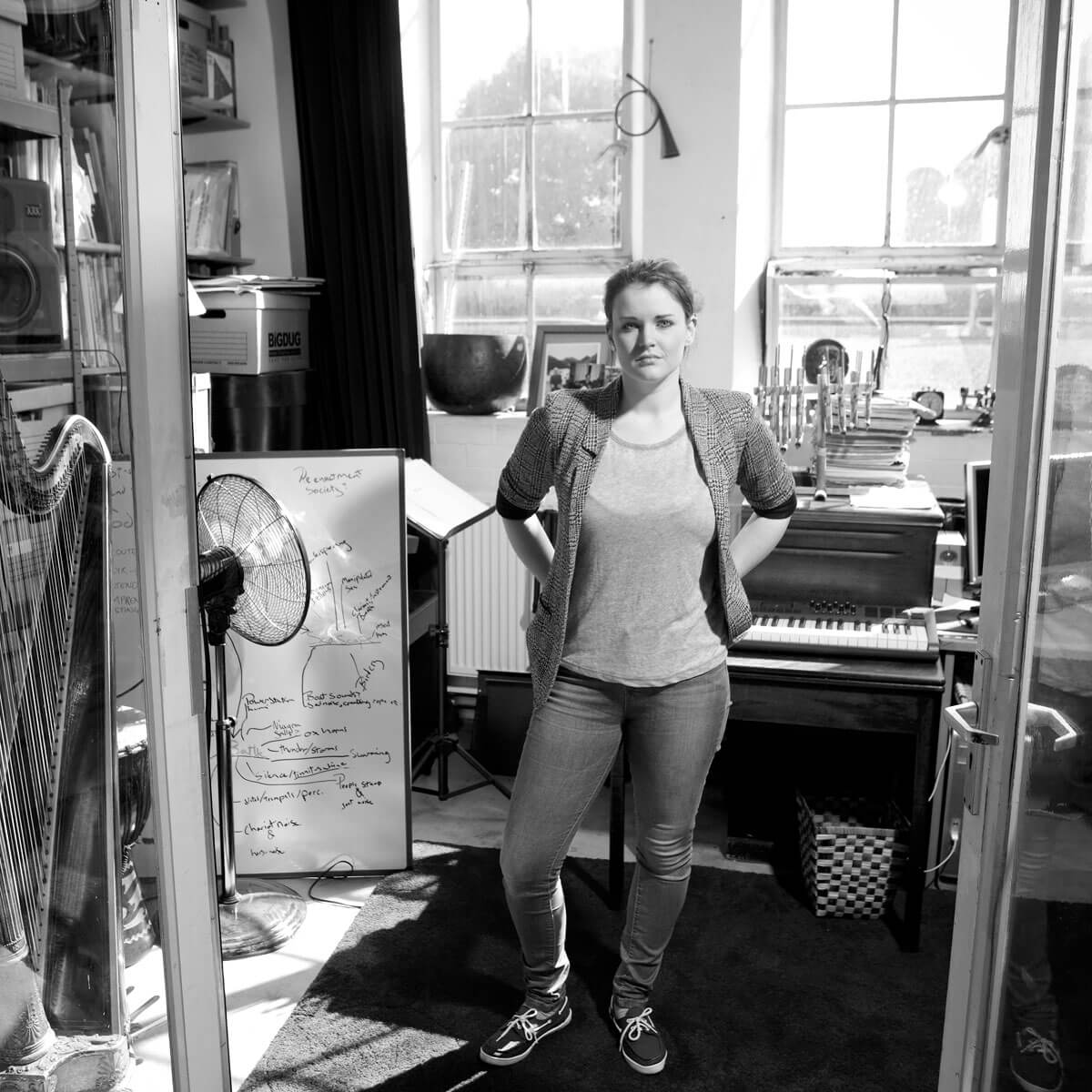 Tic Ashfield-Fox is a BAFTA Cymru award-winning composer and sound designer who completed her BMus and MMus studies at RWCMD. Her work spans television drama and documentary, animation projects, theatre and dance collaborations. Tic is also a creative team member at both John Hardy Music and Winding Snake Productions. 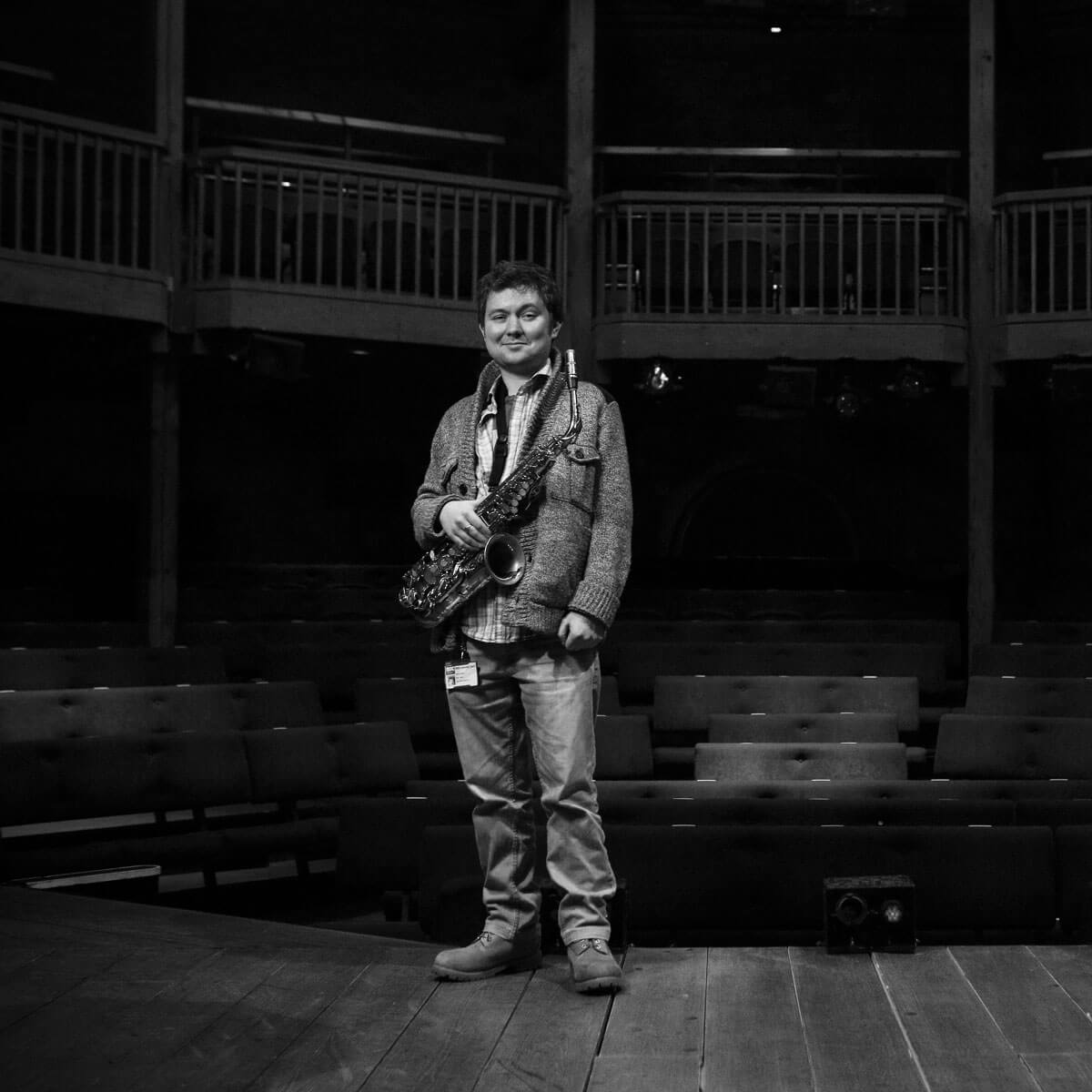 Adam Cross is a multi-instrumentalist who works extensively with the Royal Shakespeare Company and as a session musician on radio, television and film. Adam’s highlights include contributing music to the BAFTA nominated short film Marfa and co-writing music and songs for the play Busking It. 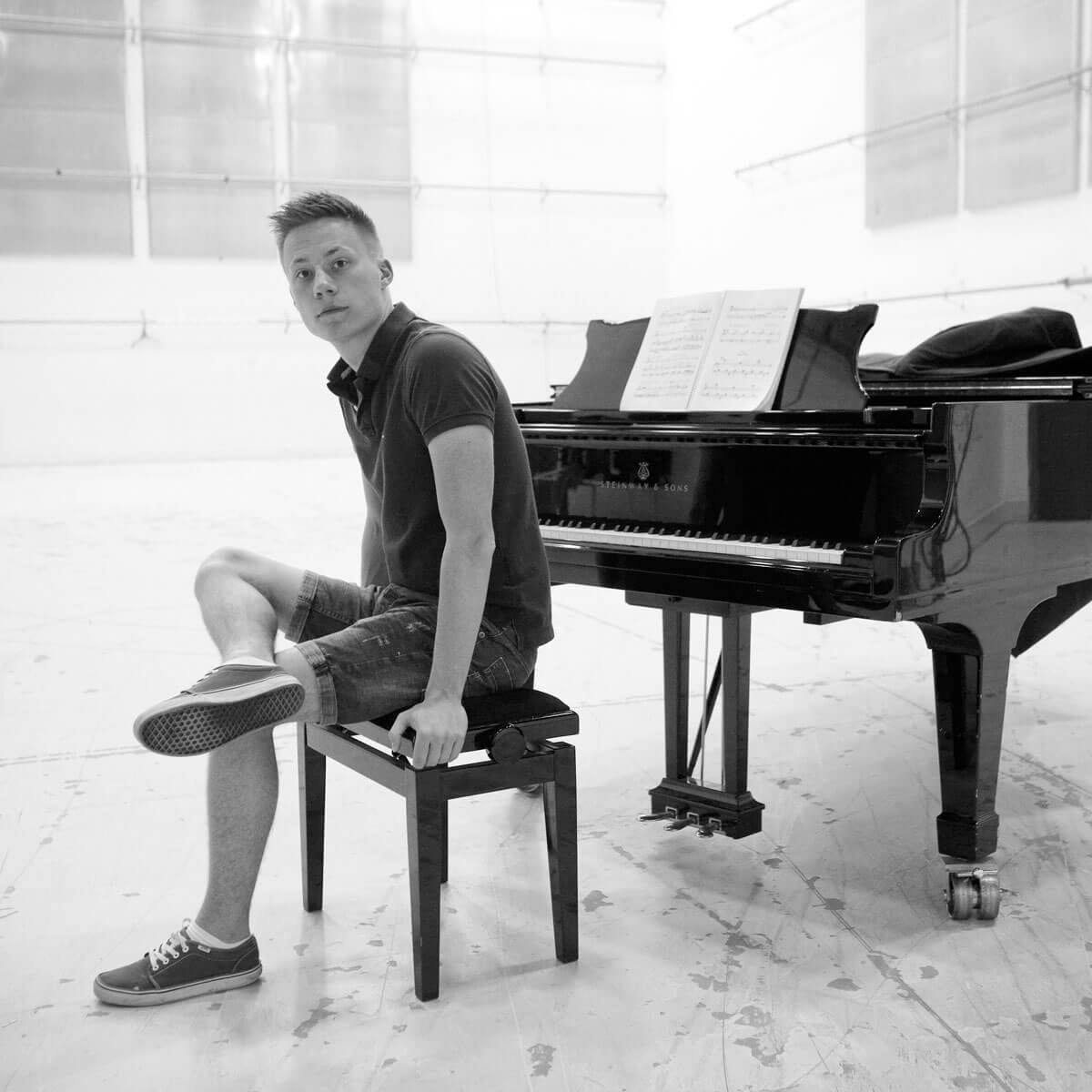 David Doidge studied piano as an undergraduate at RWCMD before specialising as a répétiteur at postgraduate level. On completing his studies, he became a full-time member of the music staff at Welsh National Opera and is now their Chorus Master. David has accompanied leading vocalists including Sir Bryn Terfel, Rebecca Evans and Alfie Boe. 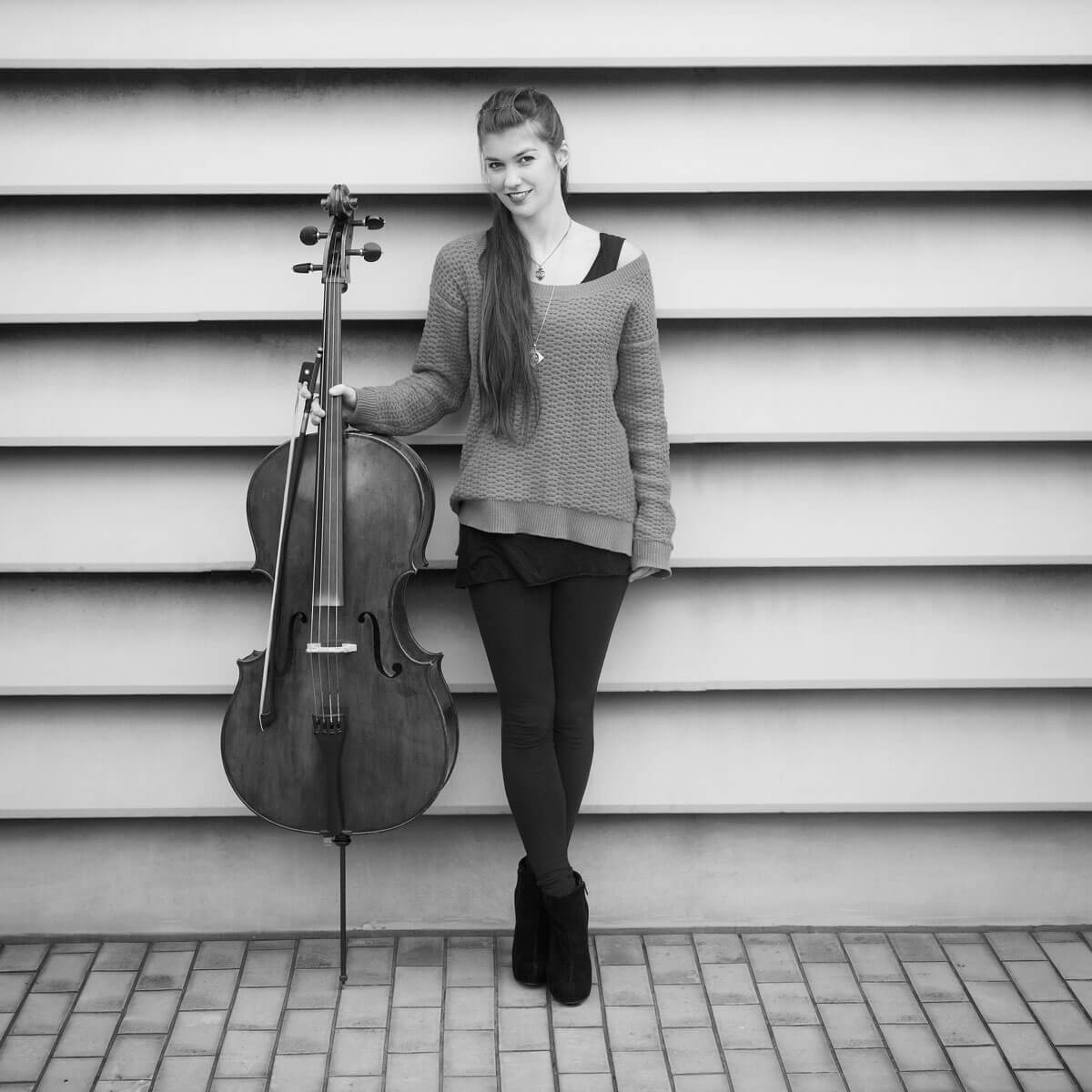 Helen Nash has been enjoying international success as a cellist and pianist. She was a member of the leading electric string quartet, Escala, with whom she has performed with Sam Smith and Pink Floyd. As a pianist, she has performed with Pink, Nicole Scherzinger, Jessie J and Olly Murs, and has appeared on some of the UK’s most popular TV shows including The Graham Norton Show, The X Factor and Strictly Come Dancing. 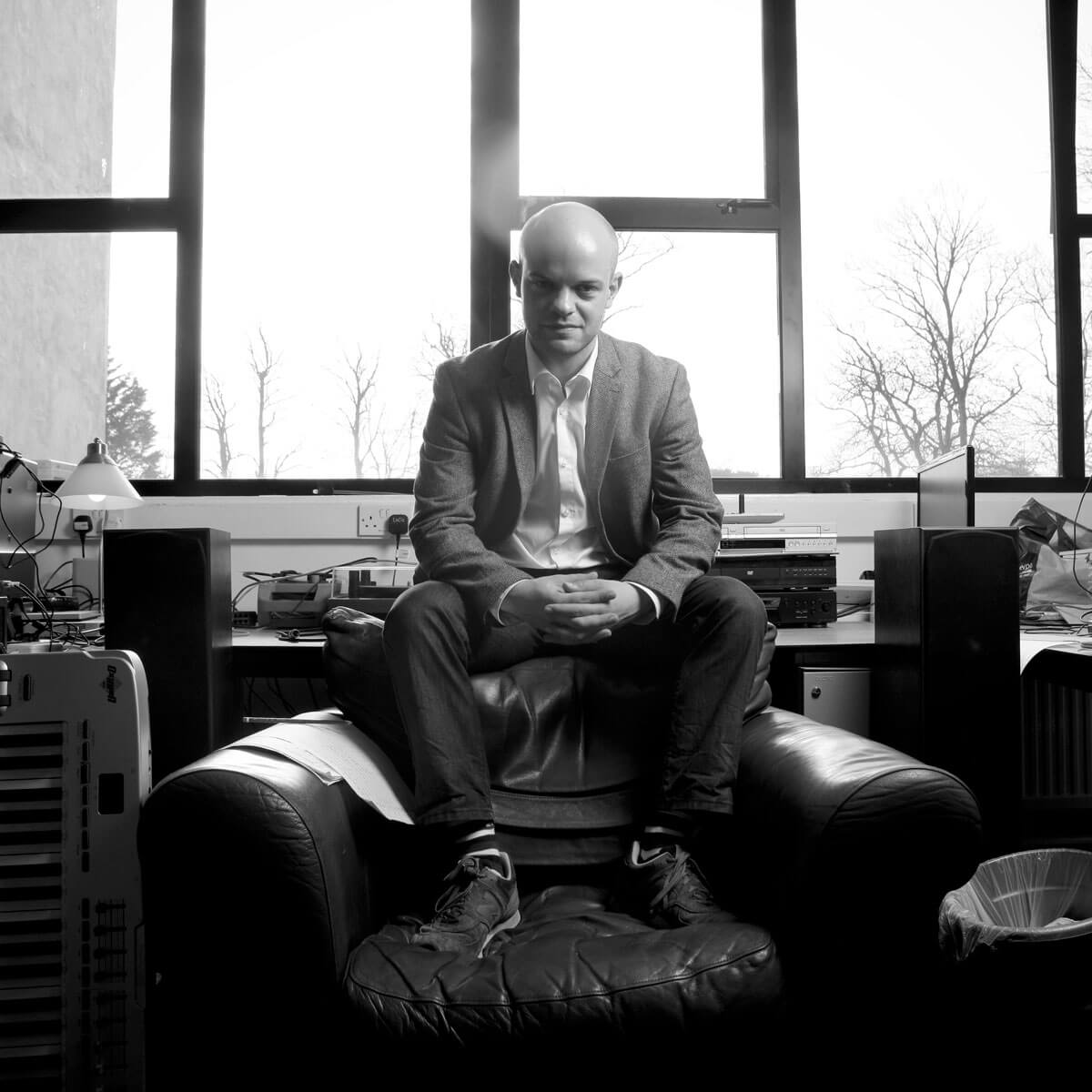 Mark’s work is published by Cadenza Music and he has been commissioned by a variety of ensembles including BBC National Orchestra of Wales, London Philharmonic Orchestra, Bath Abbey Choir and Sinfonia Cymru. He has had numerous works broadcast on BBC Radio 3 including recent performances of his clarinet concerto, commissioned by BBC NOW as part of their 90th birthday celebrations. Mark was made an Associate of RWCMD in 2018. 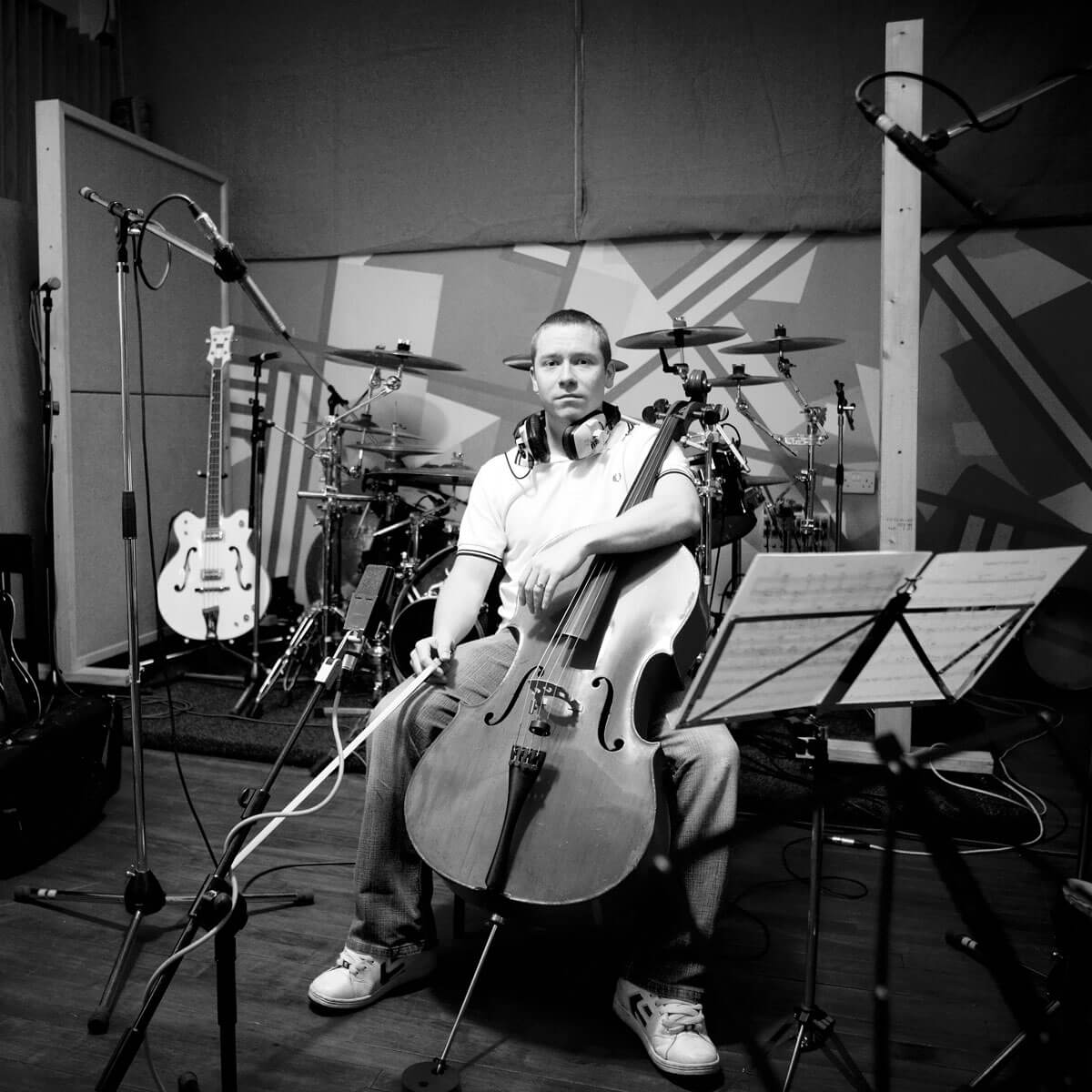 Nathan is the cellist with the Vulcan String Quartet. The quartet have recorded with over 100 artists worldwide and feature on as many albums. 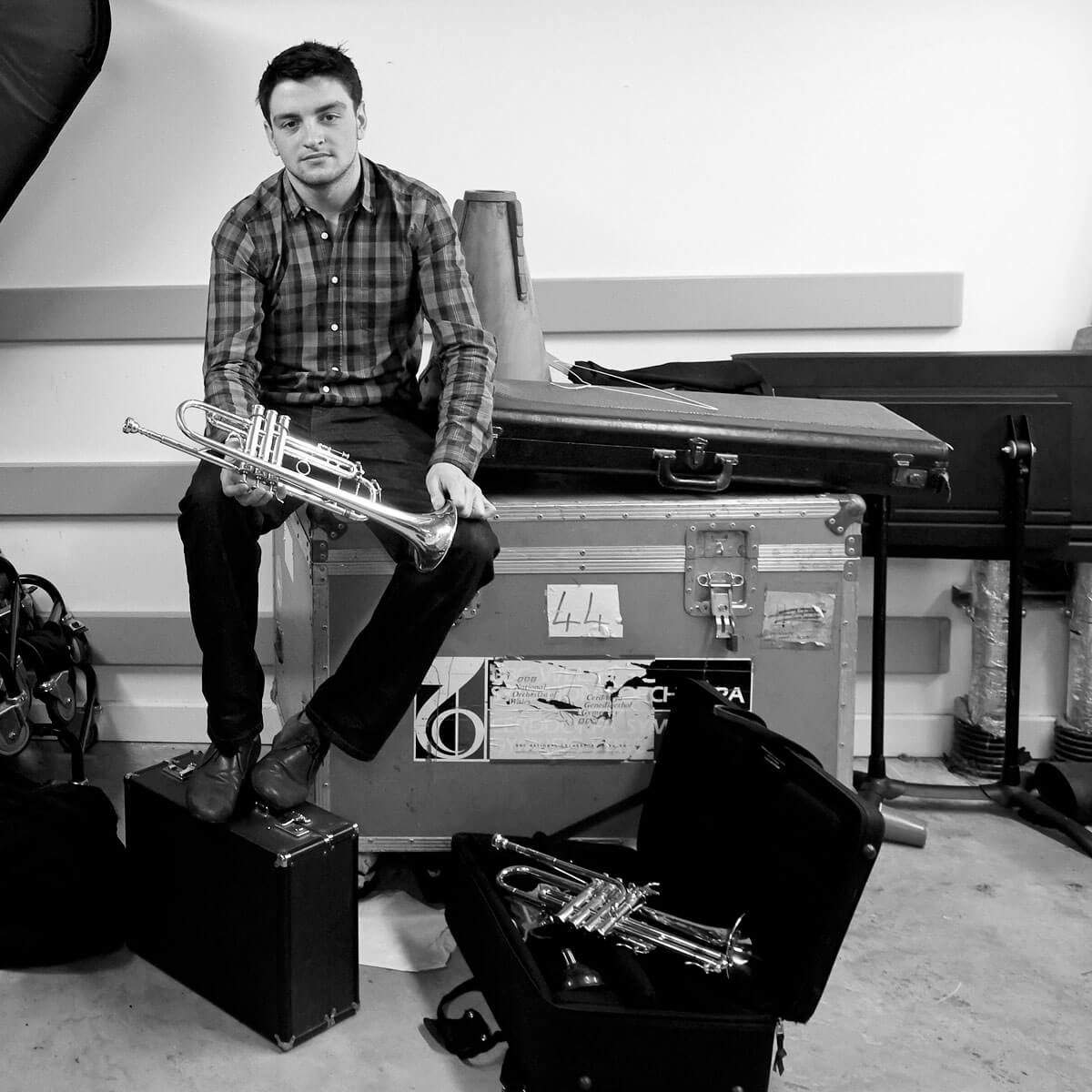 Matthew Williams studied for his BMus at RWCMD and as a postgraduate at the Royal Academy of Music. He has appeared as Principal Trumpet with many of the leading UK orchestras including BBC National Orchestra of Wales, BBC Symphony Orchestra, Philharmonia Orchestra and Royal Philharmonic Orchestra.